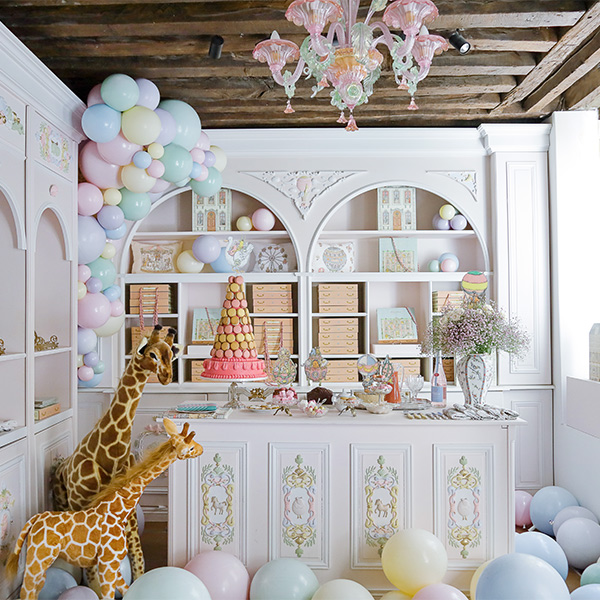 Rue Hautefeuille is one of the oldest streets in Paris, dating to the 3rd century when the city was under Roman occupation. The name Hautefeuille is mentioned in records dating back to the 13th century. The street was lined with tall, bushy trees, where the monks played Jeu de Paume (early tennis) under the “high leaves” (haute feuille). The painter and sculptor Gustave Courbet had his atelier on this street in the 1800s, and the French poet Charles Baudelaire was born here in 1821. Mr. Baudelaire is credited with coining the term modernité (“modernity”) to describe the experience of living in an urban metropolis, and the responsibility of “artistic expression” to capture it!

The inhabitants of No. 3, re-built in its current form in 1683, reportedly lent money to King Henry IV without any certainty of being repaid. The King was so appreciative that he gave them the status of nobles – and they were reimbursed generously.

Before Atelier Choux, No. 3 housed many creative activities in the 19th century; it was formerly a reading cabinet (where adults gather to hear a story), a wrapping paper store, the office of a book editor and the press office of one of the first newspapers in Paris.

Right next to our boutique you can see a beautiful, historically classified “tourelle” or “turett” with whimsical carvings, very much in the Atelier Choux style. There used to be a second tourelle on our boutique, but it was removed in the 17th century to allow for merchant carriages to pass through.

When you exit the boutique, turn right to see the magnificent St. Michel fountain (constructed in 1858) with its dreamy pink and green marble. Or, exit and turn left, cross Blvd. St. Germain and another dreamy tourelle awaits you!